Highlights: Women at the top, More women are leading internal audit teams in our largest firms. Is this a trend?; Muddy waters: the true costs of environmental risks; Cash questions: does executive pay affect more than your company’s bank balance?; Round peg: Iain Grieve, HIA at Circle, on the challenges for housing associations. 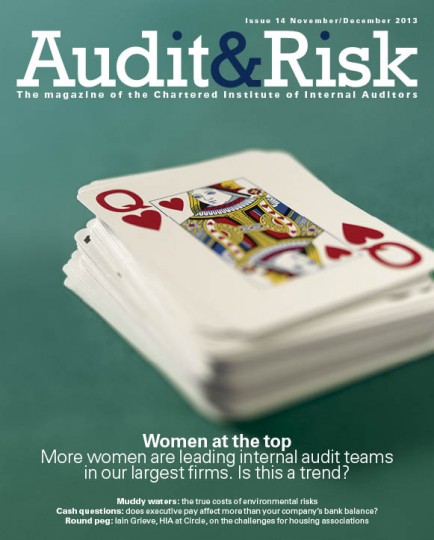 Highlights: an interview with Scott Strachan, Global Head of IA for Aberdeen Asset Management; the challenges and opportunities of the IIA's new guidance, "Effective Internal Audit in the Financial Services Sector"; innovative resourcing at the Civil Aviation Authority; plus auditing culture and how to survive (and thrive) after redundancy. 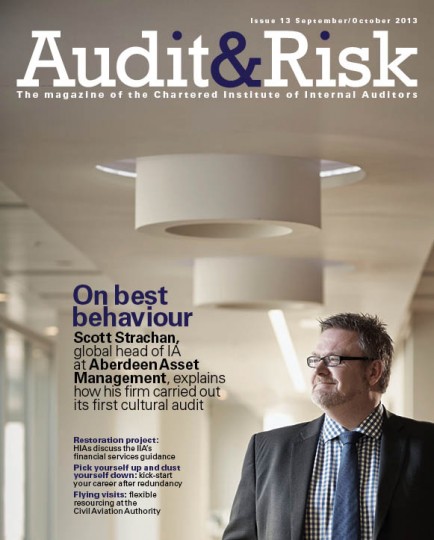 Highlights: an interview with Kevin Goulding, Group Head of Internal Audit at Dublin Airport Authority; the importance of keeping up-to-date with discrimination laws; how to manage potential conflicts of interest; and whether hotlines for whistleblowers really work.

Highlights: Interview with Armand Lumens, Chief Internal Auditor at Shell; what the horse meat scandal tells us about the risks of long supply chains; why internal audit offers useful experience for a job on the board; and how to spot the next big risk before it's too late.

Highlights: Interview with Michael Roemer, Head of Internal Audit at Barclays; why many regulators are concerned about a lack of legal knowledge in the industries they oversee; plus how water company United Utilities manages the relationships with its multiple watchdogs. 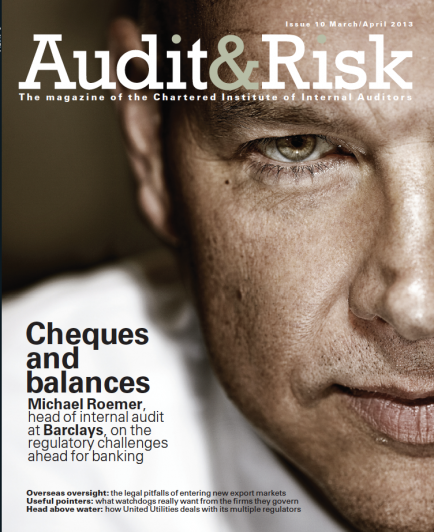 Highlights: interview with Amit Shah, Group Head of Internal Audit at Balfour Beatty; how internal audit can help to put projects back on track; and why financial services firms are still unearthing scandals. 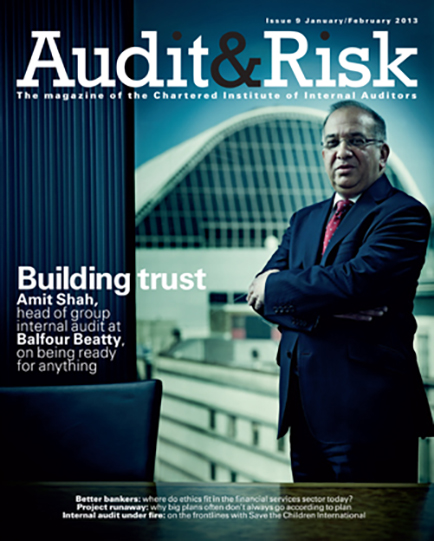