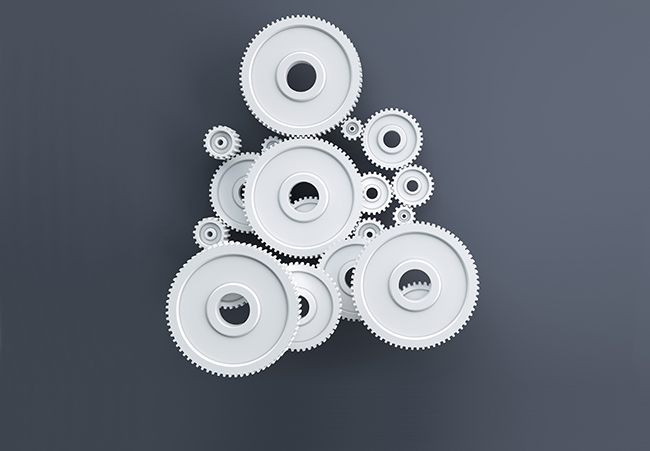 Most UK shoppers feel they “know” John Lewis & Partners, whether through its department stores or through Waitrose & Partners supermarkets. This sense of familiarity may come from its long history or from its famous partnership structure, which gives every employee a voice and a share in the organisation’s success. However, until a few years ago, one voice within the partnership was surprisingly muted and one function not highly valued even to those working in the business. All this has now changed. Internal audit has transformed itself into an integral, adaptable and vocal part of corporate governance, embracing continuous improvement and enjoying respect and new demands from senior management.

“Any transformation journey is not easy – it’s essential to be brutally honest at the start about what is going to be involved and to ask who wants to join you on this bumpy road, because there’s no point hiding the fact that it will be very bumpy,” says Julie Gooderham, the company’s director of internal audit and risk, who was brought in to develop its maturity and drive the transformation of internal audit and risk functions.

Gooderham was a relatively new John Lewis & Partners insider and was aware that the team was not doing all it could to support the organisation. She had experience in turnaround and global functional transformation roles and had spent 13 years at EY before moving to the retailer. However, she soon found that the changes needed were more comprehensive than she had expected. At the same time, worryingly, there was little dissatisfaction with the service internal audit provided.

“The wider business had very little understanding of the higher value that a really good internal audit team could bring, so they had low expectations and were not unhappy,” she explains. “The board and those who did understand the value of strong internal audit wanted me to make changes, so I had the support of a few important people, but the vast majority were simply not aware of us. They had no idea what good looked like.”

Her first action was to undergo an external quality assessment (EQA) and the findings were lower than she had expected. Ever positive, she saw this as an independent platform she could use to support the changes she was suggesting. “The retail sector constantly changes, we need to, so leaders are used to it and are generally receptive to ideas,” she adds.

This was important, since her plans required management input and attention. “In any transformation you only have capacity to influence a certain number of stakeholders, so you need to focus first on the areas where you can make most impact quickly and on the people who can extend your voice across the organisation,” she advises.

Gooderham’s team consists of 12 people, who work across the whole of the John Lewis Partnership. “My first task was to establish a clear vision of where we wanted to get to,” Gooderham says. “We had to become much more flexible, responsive and agile, but also fix the basics.”

Culture was a key element throughout the changes. The fact that John Lewis is a partnership is not only a differentiator externally, Gooderham explains, but it affects the way in which staff and management interact and think about customers. For example, few people probably know that representatives from every part of the business sit on the Partnership Council, which is designed to hold the chairman and the senior leadership team to account, and the council’s debates
are streamed live to the rest of the organisation.

Gooderham knew that she wanted to improve the quality of the work produced by the team and that they needed a more business- aligned agenda and audit plan. This was essential if she was to have a “real and hard-hitting” conversation with management. She started by redefining the purpose of the internal audit function, moving it out of some second- line assurance areas so that auditors could concentrate on the strategic, financial, regulatory and operational risks that mattered most, and ensuring that they could operate truly independently.

The team’s skills were boosted through a programme of coaching and Gooderham hired new members to enhance leadership and expertise in IT and programme assurance. She gave individuals specific relationships and responsibilities to manage, and capabilities in areas such as supply chain, the Groceries Supply Code of Practice, or online to develop. An upgraded IT system supported the enhanced audit methodology and she refreshed the audit universe to align more closely with the organisation’s goals.

They also embarked on a continuous improvement programme (although Gooderham dislikes the title since she believes this is the point of what all internal audit teams should be doing all the time, not a separate bolt-on project). Different members of the team, at all levels, are responsible for elements of continuous improvement across the function such as reporting, engagement and training. A system of shadowing enables junior team members to attend meetings and learn about
how things happen at management level.

Some of the changes were labour intensive. Gooderham was concerned that junior members of the team were engaging with senior stakeholders with inadequate support. This put unfair pressure on them and was not helping the reputation of the team. She introduced a rule that no deliverables were to go out of the department without her approval.

“At first, I spent most of my time quality assuring my team’s work,” she recalls. “But it doesn’t do any of the team a service if they send out something that looks immature or is inadequate for its purpose. This is burdensome, but after
a short time it developed internal learning and external trust. Now we’ve matured,
we often do this quality assurance in a workshop format or peer review.”

The proof of the pudding had to be whether it tempted management’s appetite – and it did. The internal audit transformation took place at the start of significant change in the broader organisation and realigning audit to focus on business needs, rather than on discrete business units, meant that they could engage across functional borders and follow processes from end to end across all channels, which had not been done previously. Looking at, for example, the end-to-end online customer order to cash received now meant that the auditors considered the entire process from the initial order, to how a return was processed to the end of the transaction. This led to improvements in the customer experience and internal productivity.

Management responded positively and the chairman, Sir Charlie Mayfield, asked the audit team to review a significant issue directly for him. “This was a milestone for us in terms of reputation,” Gooderham says. The review was technically challenging, since it covered 15 years of data and some sensitive interviews with senior management. The team was praised for its honesty, integrity, empathy and humanity, as well as for its technical expertise and analysis of complex material in presenting the results across the governing bodies.

Transformation, however necessary, is stressful and exhausting and Gooderham wanted everyone in the audit team to see real examples of the ways in which their work influenced decisions and was useful and valued. This, she believes, is the best reward for hard work.

“The things that resonate with the team are not just whether I say ‘well done’, but when they start getting asked for an opinion and find that it is held in high esteem and direct action is taken as a result,” she says. “We are now being asked regularly for our views on business- critical issues, which we would never have been asked about before.”

This is why she says she is always looking for ways to show more junior members of the team how their work makes a real difference at the most senior levels. “We have a very open team, so everyone knows what each of us is doing and why. They hold me to account and anyone can suggest changes to the way we work. They would definitely call me out if they weren’t sure that their work was influential,” Gooderham says.

One clear indication of the way audit is valued is the fact that it now has a seat at the monthly executive team meetings. And it is listened to – recent audits, for example, have led directly to changes to the business’s activity.

Winning the Audit & Risk Award was another massive boost to the team, Gooderham adds. “It was a brilliant reward for all their incredibly hard work and their support – we also got lots of congratulations from the audit committee and from management across the business. We also shared the information through our LinkedIn network and got congratulations from external stakeholders,” she says.

The transformation is not over – it never will be – and Gooderham is now looking ahead to the next challenges for the team. ”The business is undergoing significant change, which is forcing us to think again,” she says. “But we’ve come so far already that I’m positive we can make all the changes we need to be fit for purpose in future, whatever that brings.”

“Our internal audit team is a vital asset to the partnership. They have transformed their relationship with the business from ‘traditional’ audit to a highly valued partner to the executive and board. They have developed a unique overview of the business, built a strong level of trust with their colleagues and are very proactive in using both to drive the business forward. They have a clear voice that is constantly testing our direction, our plans to deliver it, and the rigour with which we deliver on a day-to-day basis. It’s very hard to imagine the business without them on our shoulder – they say what we might not want to hear, but need to! The transformation has been built by creating an exceptionally strong and varied team, allowing them to look at issues from every perspective. I value them as much for their insight into our behaviours and trading approach, as I do on our change and financial disciplines. It’s no exaggeration to say that from one very small base, they are playing a key role in transforming the culture and performance of the whole organisation.”

“The audit committee is very strongly positive about the work internal audit does and the difference it is making within the organisation. Internal audit has transformed and raised its profile without either antagonising the divisions or compromising its independence. Critically, internal audit has helped management to look at a range of issues differently, and in particular to look at processes ‘end to end’, which has not been universal practice in the past.

This work has been truly transformational. Internal audit has built its own reputation through the quality of reports and engaging the wider partnership. In my role as chair of the audit committee, it has been Mission Critical!”

This article was published in January 2020