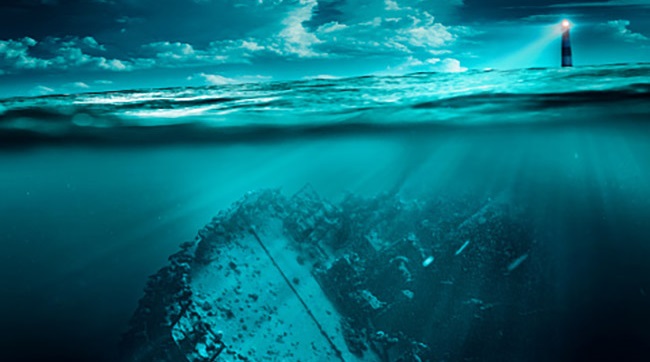 One of the world’s most used – and recently abused – bank interest rates is about to be phased out. The change is not only pertinent to banks, insurers and other financial firms, but also to the majority of UK organisations that – probably without realising it – refer to the rate in a wide range of legally binding contracts.

The London Interbank Offered Rate (LIBOR) is an aggregate interest rate at which banks are willing to provide short-term loans to each other on an unsecured basis. It underpins around US$300trn of financial contracts, including derivatives, bonds and loans. The benchmark is identified through data submitted by 16 “panel banks”, including Bank of America, Barclays, Citibank, Deutsche Bank, JPMorgan Chase and UBS, which have historically exercised a large degree of “expert judgment” to arrive at a suitable figure.

However, after several of these submitting banks were fined close to $10bn for manipulating the rate for over 20 years in the now infamous LIBOR scandal of 2012, regulators have become acutely aware of the risk of relying so heavily on a coterie of banks’ expert judgments. The UK’s City watchdog, the Financial Conduct Authority (FCA), has said that “it is simply not feasible to produce a rate based on panel submissions any longer”.

As a result, LIBOR will disappear by 2021, and regulators globally have signalled clearly that firms should transition away from it to alternative overnight risk-free rates (known as “RFRs”). In the UK, LIBOR will be replaced by the Sterling Overnight Indexed Average (SONIA), which is the interest rate for banks to lend money to each other overnight. This has a shorter timeframe than LIBOR to calculate the interest rate, and so should (it’s hoped) be more accurate and less susceptible to rate-rigging. The other major countries that were involved in contributing to LIBOR are in the process of setting up new rates. The US alternative rate, for example, is called the Secured Overnight Financing Rate (SOFR), while Switzerland has launched the Swiss Average Rate Overnight (SARON).

Both the FCA and the UK’s other financial regulator, the Prudential Regulation Authority (PRA), have warned that LIBOR is so embedded in the day-to-day activities of financial services providers – as well as organisations generally – that even identifying a firm’s exposures to it is a highly complex task.

Peter Irvine, head of product at Acin, a benchmarking, risk and data analysis firm, says that there are several key operational risk implications for financial services firms regarding the scrapping of LIBOR in 2021. “The transition from referencing LIBOR to alternative overnight risk-free rates will require one of the most significant front-to-back transformations seen to date in financial services, even beyond the efforts required to adapt to MiFID II,” says Irvine. “These businesses will need to undertake holistic, co-ordinated change programmes right across their organisations. This will introduce considerable operational risks and raise dramatically the control demands from regulators.”

Irvine adds that “uncertainty is likely to remain prevalent for the foreseeable future, owing to the regulatory landscape and anticipated behaviours from market participants. This will in turn result in heightened operational risks.” For example, he says, organisations will need to consider how they approach different clients to renegotiate aged contracts, as they may encounter resistance for several reasons – for example, if they are affected negatively by the proposed replacement risk-free rate. Moreover, as the end of LIBOR is not prescribed in legislation by global regulators, there is a risk that some counterparties (such as non-regulated entities) will not want to renegotiate, he says.

Naturally, the disappearance of LIBOR will have a major impact on financial services firms that have used it as the default interest rate of choice. But axing LIBOR could have a much broader effect that will be felt by thousands of organisations outside the financial services sector. This is because a range of company legal documents, ranging from penalty rate clauses in supplier contracts to insurance policies, are likely to refer to the rate.

Research by professional services firm Deloitte called “LIBOR transition: Setting your firm up for success”, estimates that contracts referencing the benchmark are valued at $200trn, with the vast majority linked to derivatives. Meanwhile, retail mortgage contracts that reference LIBOR are valued at $1.2trn, and 57 per cent of these will mature by the end of 2021.

Many organisations will therefore need to prepare for conversations with their banks, insurers and clients to renegotiate contractual terms. They will also need to ask about LIBOR alternatives if they are renewing or purchasing new financial products.

Veenu Mittal, partner, audit, at Grant Thornton in the UAE, says that the “average company” is likely to be exposed to the benchmark being phased out. Accounting, for example, is an obvious area where a swap in the use of a particular interest rate benchmark can have an immediate impact, she says. “Business contracts and insurance policies could also contain references to LIBOR, and these will need to be changed so that they are future-proof,” she adds.

For example, contracts including hedges where payments are linked to LIBOR, or which include penalty clauses for things like late payment, project over-runs and liability, may have daily or weekly penalty charges for which interest calculations are based on LIBOR rates. If these are not reviewed, uncovered and updated, says Mittal, companies may have problems trying to calculate the correct payments, or even enforcing the contract.

No time to lose

“All companies – not just financial services firms – need to understand the potential risks they face from these changes,” Mittal says. “The deadline is short and a few of the new rates are not set up yet, so it can be hard to know how to prepare for the transition. The main issue, however, is that companies will need to be able to move quickly so they should review their exposure to LIBOR now. 2021 is not far away.”

Mittal says that corporates – even some large corporates – are “behind the curve” when it comes to recognising the impact that the loss of LIBOR might have on their business. “Recognition of the problem is patchy at best, and even in those companies that have made efforts to assess their risk exposure early on, the process is usually limited to the treasury function, often without much senior management involvement.”

Jeremy Irving, head of financial services at law firm Browne Jacobson, says that companies need to undertake a comprehensive review and audit to identify those products and legacy contracts that are LIBOR-linked. Organisations should also carry out an in-depth risk assessment of discontinuation. Where possible, he says, companies should look at appointing an individual to oversee the programme – possibly in internal audit.

“As a benchmarking tool, LIBOR is deeply embedded in operating models, contracts and other types of financial arrangements,” says Irving. “Moreover, some markets rely on ‘forward-looking’ interest rates, and reliable benchmarks to replace LIBOR in this regard are still under discussion.”

“Moving to an alternative benchmark will not only affect how contracts are priced and risk-assessed, but any change could give rise to legal, regulatory and even litigation challenges, which could create previously unanticipated problems (or possibly benefits). There could be winners and losers in such situations,” he warns.

In some cases, it may not be necessary to renegotiate products. But where this is needed, Irving warns that it could lead to increased exposure to financial risks – and even early termination of contracts, which could lead to claims for redress.

As a result, companies should devote sufficient time and resources to implement the necessary transitional changes. “It is paramount that companies agree on their transition roadmap as early as possible after taking stock and advice about the effects of the cessation of LIBOR on their business and contracts,” he says. “The strategy should outline the steps being taken from an operational, legal and regulatory point of view to move from LIBOR to an alternative benchmark. Companies should also have a clear idea about how they intend to manage the financial risks of transition.”

And, where a business decides that it is impractical to convert contracts that are linked to LIBOR, their reasons for not doing so – as well as the potential implications – should be communicated to internal and external stakeholders.

Internal audit should have a strong supporting role in helping the organisation to navigate the risks associated with moving away from LIBOR. Mittal suggests that internal auditors should challenge management about whether they are aware that LIBOR is disappearing, and of the impact this could have on the business. Internal auditors also need to ask whether management has a plan about how to move towards using a new benchmark by the 2021 deadline.

Mittal says that internal auditors “must be involved in the risk assessment and transition process from the start” and should be prepared to engage with and challenge non-executives “very early on” to make sure that they are aware of the potential risks and that they can press executives to act appropriately. “Internal audit should get involved early to ensure that a proper plan of action is drawn up and that management understands what the risks are and what they need to do to mitigate them,” she says.

This will also require cross-organisation collaboration. “Internal audit should work with other key functions such as compliance and in-house legal to establish what the key risks are and what safeguards can then be put in place to mitigate them,” she says. And internal audit must be “up front” about whether it has the necessary skills, experience and resources to deliver the appropriate level of assurance needed in all areas.

The risks associated with the ending of LIBOR may be deeply buried, hidden in many different functions, supply chains and covered in different audit areas. What is clear, however, is that the transition to new rates has the potential to create dangerous reefs, and internal audit has a crucial role to play in charting these and pointing them out to the captain, before the ship can run aground.