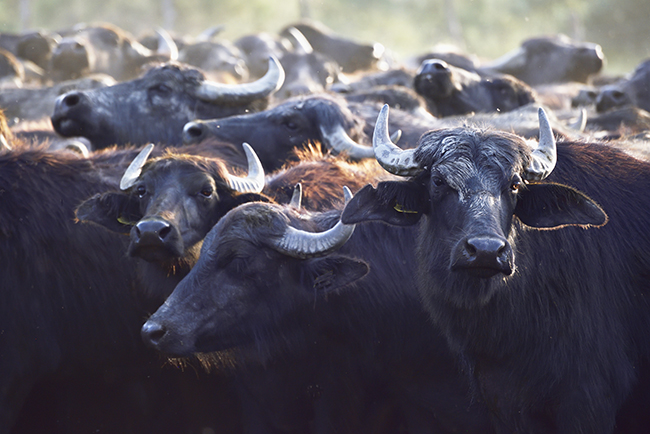 No organisation likes to think that it is behind the curve, slow to adapt, risk averse, or following the herd. Such terms are loaded with negative connotations. Instead, executives and managers like to see themselves as pioneers, visionaries and risk-takers, taking the organisation forward into uncharted waters and growing the business exponentially as a result.

However, you don’t need to look far to find examples of organisations that have been burned because they followed the pack rather than their own instincts, or failed to exercise a sufficient degree of scepticism. Many commentators have charted the beginnings of problems at travel company Thomas Cook back to expensive acquisitions that promised to move the firm into new markets – such as operating its own airline – but which, with hindsight, seem to have been driven by the whim of the current chief executive and were overloaded with debt.

Innovative companies that successfully take the lead and leap into the unknown are usually among the first to adopt new technologies or ways of working and to adapt to new market conditions. They are also the first to carve out a niche, find new sales opportunities and establish a brand presence that rivals can find hard subsequently to challenge. Most executives are only too aware that failure to innovate can prove disastrous, with moribund companies fast falling behind the market leaders.

Ironically, Thomas Cook has also been accused of failing to innovate, because it continued to invest in a traditional model of the travel agency business and didn’t recognise, and respond to, important changes in the sector and modern business management practices.

What is clear is that all innovation is shrouded in risks. Success is never guaranteed, and for every organisation that embraces the latest management fad, operational approach or cutting-edge technology well, many more will experience either mixed fortunes or fail to realise any benefits, wasting a lot of time and money in the process.

Given that following the latest fashions and trends can be just as disastrous as not following them, it is therefore vital that organisations think hard and objectively about how they can best make use of them – or even whether they are suitable in the first place. And when it comes to offering a clear-sighted, risk-aware objective view, internal auditors are in a good position to help. Their scrutiny is especially valuable when executives can be under considerable pressure, both from stakeholders and from a desire to enhance their reputations as insightful decision-makers, to be enthusiastic about big ticket innovations and projects.

“Anyone can sign up to a new technology or methodology, or claim to be an evangelist for change, after reading promotional literature,” says James Ingram, CEO of Splashlight & Telmar, a company that uses artificial intelligence (AI) to help boost clients’ marketing and sales campaigns. “The secret to real success is assessing new developments and making an informed judgment as to whether they are beneficial.”

He adds that “FOMO” – the “fear of missing out” – can cause people who are normally calm and logical to invert the sensible question of “Do we need this methodology or technology?” and ask instead “Will we be left out if we don’t have it?”. “This is more urgent, but it is also a poor predictor of genuine worth,” he says.

Simon Bartlett, partnerships director at business consultancy Gobeyond Partners, says that the rush to embrace current fads, including robotic process automation (RPA) and the “need” for organisations to be agile, have led many companies to, in effect, pour money down the drain. This is usually because they have bought into the concepts, but failed to scope them, test them, question them or implement them properly.

“Businesses decide they want to implement a new approach or technology because they feel that their peers and competitors are already using it and may be gaining competitive advantage as a result,” Bartlett says. “The reality is that no matter the methodology or technology, decision-making on this basis will often lead to poor adoption, poor outcomes and wasted effort.”

As an example, Bartlett points to the early adopters of workflow and customer-relationship management technology platforms who found themselves locked into expensive solutions when technologies that came to the market later were cheaper, better and easier to embed. “Today, cloud-based subscription services deliver good value and flexible services at a fraction of the total cost of ownership,” he says.

On other occasions changes happening elsewhere in the organisation or the market can mean that early adopters of new technology or processes base their decisions on needs that are soon outdated. “We recently worked alongside a financial services client who was well advanced in automating a process, only for us to demonstrate that with some changes elsewhere, the process was no longer required at all,” Bartlett adds.

The sheer number of change projects taking place concurrently in some organisations makes this scenario all too common. “Too many initial business cases make it through to projects,”
Bartlett says. “Often, these initial business cases come from a relatively small number of people and are selected because of political support, regulatory change or even the ability of one individual to write a persuasive business case. Organisations need a more stringent vetting process to ensure that investment, management time and attention is focused on the critical few.”

This is why internal audit can play an important role in assessing whether organisations need to undergo change, and whether the proposed strategy, investment in technology, or decision to adopt a new way of working or positioning the organisation is the right one (and that it will work). However, this needs to be done at the right level to make an impact and may lead to some robust discussions if the objective view runs counter to that of an enthusiastic executive.

Fiona Czerniawska, director of business research consultancy Source Global Research, says that challenging management – or any function within the organisation that is pushing to be more innovative or to adopt cutting-edge technologies – is the most important contribution internal audit can make. Auditors should be asking managers to set out the business case for the changes they want. This will not only ensure scrutiny over the quality of, and process behind, the decision-making, but can also help to prevent managers and executives talking at cross-purposes about what they actually want from the business change.

“Boards often confuse the jargon surrounding change and start talking about ‘transformative’ changes when incremental ones would probably be more suitable,” Czerniawska says. “Organisations usually just want something that is new to them, rather than something that is innovative and untested, so internal audit needs to challenge them to define what they actually want to achieve,” she adds.

Additionally, internal audit needs to make sure that management is not just backing a strategy or throwing money at technology for the sake of it – there needs to be a strong business case underpinning it, she says. “Internal audit needs to ask for evidence of the costs, the benefits, what the return on investment will be, how the plan/changes will be implemented, who will lead it, the projected timeline, and who in the organisation will be impacted by the changes,” she explains. “The function should also ask for case studies about how its competitors or other organisations in the sector have adopted similar changes/ways of working/technologies, and – if they have not done so – ask why not.”

Crucially, auditors should “inject some reality” into the transformation process, Czerniawska says. “Internal audit needs to ask what the immediate and long-term impacts will be regarding the proposed changes. For example, will they lead to job cuts or redeployments? Will there be a need for reskilling and will hiring practices need to be changed to ensure you recruit people with the right expertise and experience? Will existing product and service lines be cut completely in favour of selling something totally different? And if that is so, will it force existing people – some of them key to the business – to leave?”

However, she adds that there can be a fine line between curbing executives’ enthusiasm and raining on their parade. “Functions such as internal audit and compliance can be regarded as trying to put a brake on corporate strategy when they list the problems rather than the benefits, or if they question the expected rewards versus the risks. Internal auditors therefore need to be diplomatic as well as brave, and think about presenting alternative ‘upsides’ rather than just the downsides.”

While boards may be able to accept their ideas being challenged, executives do not always take kindly to them being damned. Presenting findings or reservations in a way that doesn’t rub management up the wrong way, while still having the desired effect, is an important skill. The way in which negative findings are received also depends on trust and the relationship that the audit team has developed within the organisation.

Speaking anonymously, some internal auditors admit that they have had to “soft soap” their misgivings about change projects that they believed were unsuitable or wildly ambitious. “Telling the CEO that s/he has got something wrong is never going to fly, so that option can be ruled out straightaway,” says one auditor. Instead, another suggests, if auditors doubt the effectiveness or the projected benefits of part of a strategy or a particular project, then they should ask the board what reservations were raised in the board meeting, and what other proposals – if any – were put forward and rejected.

“Looking at the context behind the board’s decision-making may provide more insight into why the executives have opted for a particular project,” says one internal auditor. “It may also provide more information about whether they properly understand what the project involves – be it a switch to flexible working, outsourcing or a major IT initiative – and whether the transformation needs to be total, or restricted to those parts of the organisation or operational areas where it makes the most sense.”

Ultimately, internal auditors need to question constantly the basis of the strategy from beginning to end, and to make sure that management understands what is involved and is properly engaged in realising the benefits, Ingram says. “Collaborate. Discuss. Make sure your thinking is joined-up,” he advises. “Draw on every piece of expertise your company possesses. The analysis will stand you in the best possible stead and is the only route to success in approaching new technology or methodologies.”

To prevent the organisation from embarking on a flight of fantasy by pushing strategies that may be expensive or ill-judged, internal auditors should consider the following:

1 Be sceptical. Ask management – or whoever is pushing for the changes/investment – to set out the business case: have they thought everything through? Is their reasoning sound? Are there any details missing from their pitch? Are they exaggerating the benefits (and minimising the costs/disruption)?

2 Question the basis for the need to buy new technologies or adopt a new way of working by properly scoping and testing them before implementing them.

3 What are the immediate and long-term impacts if the project gets the go-ahead? Do new people need to be hired and existing staff retrained, for example?

4 Establish how success will be measured. Discuss the risks and benefits with other key departments/experts in the organisation, particularly those that might be leading the project or implementing the strategy.

5 Think about how you frame your reservations. Does the whole idea need to be scrapped, or are there parts of it that can be hived off and used well? Think about alternative options that could work, rather than dismissing the entire project.

This article was first published in January 2020.