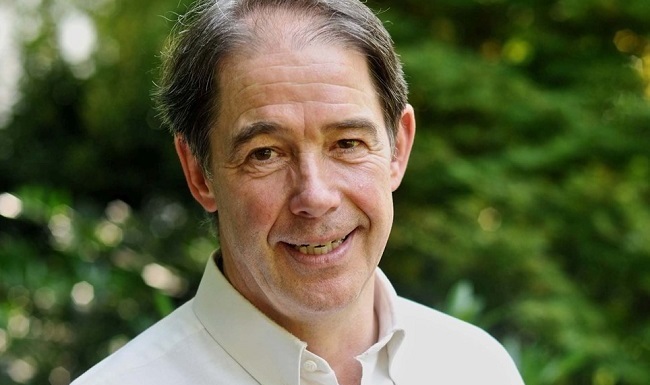 Corporates are not only contributors to environmental deterioration, their very business models are under threat because of it. At the same time, the most prescient companies are harnessing climate change to their commercial advantage, turning risk to opportunity with carbon-neutral operational strategies and product development aimed at mitigating man-made environmental strain.

Long before Greta Thunberg was nominated for a Nobel Peace Prize and Extinction Rebellion (XR) brought London to a standstill, Jonathon Porritt was sounding a clarion call for change at both governmental and business levels. Having been a prominent member of the Green Party in the 1970s and 1980s (when it was known as the Ecology Party), he became a director of Friends of the Earth, then chaired the Sustainable Development Commission, a quango founded under New Labour, now dissolved.

Concurrently, in the mid-1990s,Porritt co-founded Forum for the Future (the Forum), a non-profit organisation that advises some of the world’s largest businesses on sustainability matters. Unsurprisingly, these endeavours have not been without frustration. In 2015 he publicly lamented the futility of changing the attitudes of the major fossil fuel processing organisations, in particular. It’s an obstruction that still rankles. But a change in sentiment among institutional investors over the past four or five years is one bright spot.

“Shell recently decided, again, to make a small increase in the total amount of capex that it would put into both mergers and acquisitions and direct investment into assets of its own. So money is still going into new hydrocarbon assets and, unbelievably, new and often very expensive exploration work. How can this possibly make any sense?” he asks. “These investments won’t bring in any revenue for around ten years, which is the end of the window the Intergovernmental Panel on Climate Change has given. Investors are waking up to this.”

The Forum sees reasons for optimism in other industries as advances continue to be made. So far, 191 major companies have signed up to  The Climate Group’s 100 per cent renewable energy initiative, RE100, while the Science Based  Targets initiative has 611 corporate signatories.

“There’s a ton of stuff going on. A lot of progressive companies understand that their current business models are not fit for purpose any longer, and are therefore trying to change their ways quite substantively,” he says. “They’re clear about the nature of the change that’s coming down the track at them. Business is playing its part. The question is whether that’s a big enough part and whether it’s being deployed fast enough.”

One of the most fundamental challenges to progress is the profit imperative that underpins all business. Companies inherently avoid any non-mandatory measures that will increase their costs. Until relatively recently, the prevailing attitude among companies has been to stick to their knitting. Why take an environmentally conscious tack if the status quo generates maximum profits? But societal attitudes are shifting rapidly, and businesses are taking notice. Now, companies are directly profiting from the pursuit of greener approaches.

“We don’t know of a single company that’s losing out by virtue of getting good at the ESG (environment, society and governance) troika. Companies performing in that area are doing better than their competitors,” Porritt observes. “If you take the case of Unilever, which some time ago decided that it wanted more of its brands to adopt specific social and environmental purposes, the brands in its portfolio committed to those goals are the ones that are growing the fastest.”

It is not incumbent on business alone to help avert a climate catastrophe – governments have a central role to play. Unfortunately, this has not been high on the agenda, despite the efforts of campaigners. “The tragedy of the last 25 to 30 years is that we’ve tried to effect change at a time when, ideologically speaking, governments were less and less inclined to regulate and legislate. So we’ve wasted the best part of three decades and I’m sorry to say that’s down to the ideological zealotry of neo-liberal theoreticians, who frankly couldn’t discover the real world even if you shoved their noses in it,” Porritt says.

The tide appears to be turning, however. Formed less than a year ago, XR disrupted central London and other cities with 11 days of protests in April. Days later, MPs approved a motion to declare an environment and climate emergency, one of XR’s key demands. This declaration demonstrates the will of the House of Commons on this issue, although it does not legally compel the government to act.

With “significantly larger” protests planned for October, it seems that XR is moving the needle on public and parliamentary opinion. “We need this new social energy in these discussions because things have hit an impasse. The way that XR has rattled people’s sense of adequate response, putting all the emphasis on a climate emergency, not climate change, is absolutely bang on,” Porritt says.

The mouths of babes

He welcomes the response of Parliament to declare a climate emergency, and is cautious of dismissing such declarations as “rhetorical flourishes” since they are “definitely on the right side of the divide”. However, he points to the words of  Thunberg, who spoke to Parliament a week before its climate declaration and characterised successive UK governments’ policies, such as promoting the domestic fracking industry and the expansion of Heathrow, as “beyond absurd”.

To make good on its ambitions, the UK government must follow up with solid policies. Real change lies in action, not words, and that change may require a change of guard. What is clear is that the environmental, and associated political and financial, risks are shifting and internal auditors should watch developments closely to ensure their organisations are not left behind or caught unawares.

“Most people who hold high office in these political parties were born into an era when nobody was talking about this issue,” reflects Porritt. “It’s hard convincing them to reorganise their world view. But as younger politicians come to power, it’ll be less of a battle because they will have grown up with this reality.”