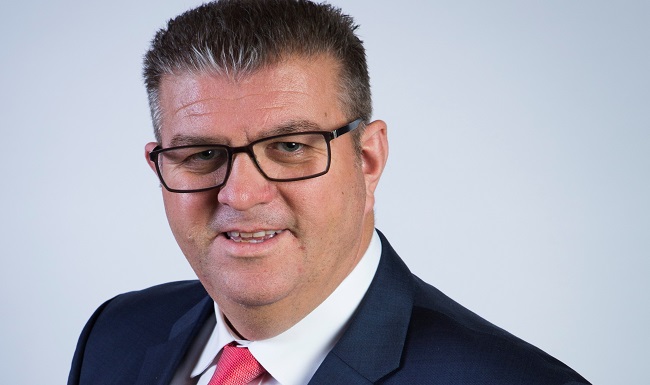 With a background in financial services, as a director at Prudential, and now CEO of the Royal Institution of Chartered Surveyors (RICS), Sean Tompkins is no stranger to working in sectors traditionally dominated by white affluent men. He has added to this several years’ experience of trying to reduce this dominance and introduce far greater diversity at all levels. The business case is clear, he says. But the journey has required flexibility, an open attitude to change and a willingness to listen and learn.

“If we begin with the business case for being able to draw on diverse views and backgrounds, we see that those with greater diversity at the top tend to perform better,” he says.

However, there are also two more important factors that should prompt organisations to pay attention to their diversity. First, Tompkins says, diversity affects risk. “Why do organisations fail and why do they miss risks?” he asks. “One common theme after a business crisis is that it suffered from ‘group think’ at the top and the board was dominated by one strong personality.”

If an organisation’s board can call on a range of experiences, and if all its members feel able to challenge decisions or modes of thinking that they see as flawed, this is likely to build a stronger team that will make decisions based on more comprehensive processes. “You don’t want everyone around you to act and think the same way,” Tompkins says. “If you need to make a difficult decision, you want a variety of lenses and to have people who will ask the necessary questions and challenge you.”

The third benefit of diversity is to protect the organisation’s future. Everyone is chasing the best people to help their business thrive in a world that is changing rapidly and where disruption and technology continue to accelerate these changes. To get the best people, you need access to the deepest pool of talent – and you need these people to want to work for you not your competitors. “An organisation that looks for people from all backgrounds and is known for being inclusive and for offering opportunities to everyone will win the war for talent,” Tompkins says.

These issues are all important to Tompkins as the CEO of an organisation with offices in 30 countries worldwide and which, he admits, ten years ago had a significant challenge encouraging greater diversity both at senior management levels and among the people entering the surveying sectors in real estate and construction. “We knew we were limiting the available pool for the profession and its future talent” he says.

This recognition prompted him to embark on a “serious journey” to attract different people into the profession, to change the culture of the organisation and to provide more role models at the top.

One early decision was to refuse to speak on an event panel where all those on the podium were other white men. He wanted event organisers to look beyond the “usual suspects” and to create greater visibility for people from other backgrounds, with different experiences.

“As the CEO, I have to look at everything from employee engagement and empowerment to what is attractive to a new generation of workers,” he says. “The governance environment is also becoming more complex and I need to understand how things are changing.”

Apprenticeships have proved valuable for attracting people from non-traditional backgrounds into surveying, he adds, and they are helping to bring fresh thinking and new views into the profession. However, a more complex challenge has been to get greater diversity at the top levels of management.

“We’ve looked at everything from how people look at job descriptions and how these are worded to how people view promotion opportunities,” he says. “We’ve asked ourselves tough questions about what is causing the block. It’s not just a matter of sending women on training courses. We’ve had to ask what we as an organisation and a profession are doing. How do we develop people to take on management roles? Do we make mentoring and coaching available to everyone of either sex and all backgrounds? We had to look at both sides – those who want to apply for senior jobs and those who already have them.”

Tompkins says that he is proud to say now that half of his executive team are women, but it took a long time to get to this point.

First, he says, everyone has to acknowledge their own unconscious bias and find ways to counter this. “I have benefited immensely from reverse mentoring and I think that this is a great way to open your mind,” he says. “How else can I find out how something I say is understood by a 20-year-old woman employee in China? Reverse mentoring made me think harder about how I communicate and the environment I want to create to encourage difference across the organisation.”

This focus on giving “difference” more visibility and a stronger voice led to the “Dare to Share” project, for which employees created short videos explaining why they were different and how this affected their experience at work. “This highlighted how little many of us knew about difference even among close colleagues,” Tompkins says.

One video featured a woman in the RICS research team who is profoundly deaf. She said that she knew people avoided asking her questions because they were worried about appearing rude if she didn’t hear them and didn’t know how to talk to her. “She did an amazing video about how she wanted people to approach her. It got so many people discussing it and asking her questions,” Tompkins says.

Another powerful video was by a Muslim manager who felt that people avoided talking about his religion and explained that he was happy to answer questions about any aspect of his faith.

“Dare to Share became more about “Dare to Ask” and we got fascinating insights from it. We’re planning to run this again at intervals to encourage people to continue to talk openly about differences,” Tompkins explains.

Much of this comes down to encouraging the kind of culture throughout an organisation that promotes discussion, personal contact and curiosity, and also provides clear channels for communicating ideas and concerns and for escalating these to the appropriate level. It’s about encouraging people to talk and ensuring that they are listened to.

This is where Tompkins says that internal audit can help CEOs and boards. “How do you monitor and measure your culture?” he asks. “Diversity and difference affect the performance of an organisation, the way it attracts, retains and makes the most of its people and the way in which risks are mitigated, but ultimately all of these come down to what kind of culture you have. The CEO can do a number of things to promote this from the top, but it has to be monitored to find out what’s really going on.”

This is why he would like culture to be part of all the audits and reviews undertaken by the internal audit team. CEOs need assurance about whether people throughout the organisation are experiencing the kind of day-to-day work culture that the board wants. “It’s so important when things go wrong – it’s easy to ask afterwards, why didn’t anyone say anything? Why didn’t they spot the problems?” Tompkins says.

“Yet culture is an essential element of any corporate crisis. We should all be asking how inclusive is our organisation? How do people view their ability to speak out if they spot a problem? How do they put forward suggestions and does the organisation promote these to the right level?”

The CEO and the board are important, but communication needs to go both ways, as does understanding about weaknesses, he adds. Tompkins has personal experience of being criticised when he addressed a group about Lesbian, Gay, Bi-sexual and Transgender (LGBT) issues for not saying enough about the transgender element. He turned the criticism around by acknowledging that it was not an area he knew much about and agreeing to spend a couple of hours with his critic to learn more.

However, he adds that diversity and inclusion should mean that everyone shows themselves willing to listen and forgive others if they make mistakes. “When senior managers are trying hard to understand differences and make changes in the organisational culture, we need people to come forward and talk to us constructively and help us to get things right,” he points out. “Otherwise, it is tempting for CEOs to retreat into their offices and refuse to say anything in public for fear of a backlash. It’s far better to admit where you are ignorant and ask for constructive help than to see an insensitive comment become a storm on social media.”