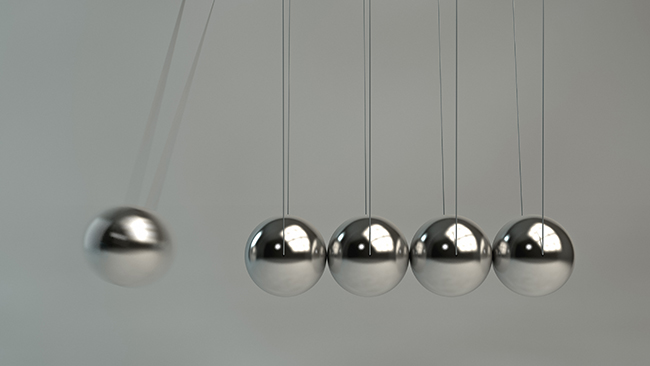 A common question that colleagues ask Marie Lauri, head of professional practices at Deutsche Bank, is what is your recipe for success? Not surprising, given the speed with which she has risen through the internal auditing ranks – from junior auditor to a seat on the bank’s Group Audit Executive Committee (Exco) in ten years.

Under her leadership, the bank’s internal audit team has not sat still either. The transformation of the risk audit team she led before moving to her current role included increasing the team from ten staff to 50 in four years and introducing many new practices. “I see this as our biggest achievement, because the team has now developed a high reputation across the industry,” she says.

In her current role, she has introduced a new audit universe, a new approach to risk assessment, annual audit planning and a new coverage strategy. The changes have involved the entire management team and have led to positive feedback from the regulators as well as evidence of better collaboration across teams and a stronger relationship with the chief executive.

“I was appointed to our Exco in early 2017 to head up a strategic change project and the risk portfolio and I’ve now moved to being fully focused on driving change and our people strategy within internal audit,” she says.

Deutsche Bank’s internal audit Exco has ten members, who sit above 20 chief auditors overseeing more than 750 staff. When Lauri was brought into this top team, she was given the task of completely reassessing the organisation’s audit universe and coverage strategy. “The key aims were to increase transparency and to clarify what internal audit would cover in each given cycle and differentiate the materiality of each auditable area based on sound and consistent risk assessment methodology,” she explains. The timescale was short – six months.

“We had already acknowledged that our audit universe was not granular or transparent enough and were committed to changing this. It had also become clear that this was important for our external stakeholders and regulators,” she says.

Her greatest challenge was to align the internal stakeholders. “We all had strong opinions about what the new universe and risk assessment process should look like, but we had barely six months to do it and that was supposed to include implementation – so, in reality, we had just three or four months to design it,” she says.

Communication was key to this. To drive sound decisions quickly, Lauri chaired a bi-weekly Exco meeting as well as multiple specialist groups. The task would have been impossible without strong engagement from all parties and constant communication about progress, she says.

Another important element was that they established the success criteria at the start and monitored delivery against these throughout the project. “We agreed what we wanted to achieve, what it would look like and the time it would take,” she says.

“Perfection on day one was not the goal and the quality assurance function was invited to assess progress throughout the process to ensure the team was honest about what it achieved and what still required further work.”

She adds that it was important that they didn’t try to progress too far at once. “We had to take it step by step. We needed to take our audience with us and if we didn’t make sure they were up to speed at every stage we couldn’t progress to the next step.”

This was no superficial makeover – the changes were significant. The bank’s previous audit universe covered about 350 areas and this rose to 1,000 in the first year of its introduction.

In 2018 she turned her attention to consolidating the audit findings management processes across the bank. “This helped to improve and accelerate the remediation of the most material open risks,” she says. This year she is focusing on audit delivery. “We are rolling out a risk and culture assessment framework and a tailor-made agile auditing approach, which my team and I developed in 2018, across the department.

Lauri has also been putting structures in place to improve the gender balance in Deutsche Bank’s audit department. “I started by laying out the facts about gender representation, which is a huge issue across our industry,” she explains.
To improve understanding about the issues and the importance of improving the balance, she engaged an external consultant to conduct interviews across the organisation and to help her establish a business case for change and associated targets.

“We needed to be clear about what we wanted to achieve, where we wanted to be in future and the business case for the wider organisation. Once we did this, we could set out the targets that included the details about how we would achieve these,” she says.

“What’s key for us is that the gender balance initiative is all about balance – it’s not just about women, but about what we want as a management team for ourselves,” she adds. “Last year, I enlisted two male Exco members as
co-sponsors because we all have to agree about what works best for everyone in the whole organisation.”

At the same time she set up an Exco sponsorship programme to match Exco members with talented people who are not yet in management roles. Sponsors are not quite the same as mentors, she explains. They have to be people who can get junior auditors on to different projects and work in new areas where they can gain experience and make an impact. Each sponsor was asked to pick someone who was not yet in the spotlight, but who they thought had talent and the potential for development. Sponsorships last for one year and last year there were 22 people on the scheme, all, Lauri says, at critical points in their careers.

“I wanted them all to have an opportunity to shine, so I made sure they were assigned to an Exco-sponsored project and at the end they gave a presentation to our Exco on their collective achievements. The Exco team was impressed by their contribution and the talent they showed,” she says. “It made the people who were sponsored feel highly valued, but it also definitely worked the other way around as well – there were clear examples of reverse mentoring.”

Lauri herself found it “hugely inspiring and energising” to see the enthusiasm and talent of people coming up in the organisation. Her interest in the area led to her becoming involved in the Chartered IIA’s new Women in Internal Audit Steering Group. “I want to help the internal audit function progress and improve its gender balance and I love sharing best-practice ideas and learning from other people’s examples of how we can all improve,” she explains. “We are fortunate in this industry because we have some prominent female leaders and great role models, but we’re not yet where we should be. We need to aspire to more.”

The network is still in its early days, but she says there are plenty of good ideas in the pipeline and she feels that it supports so much of what she wants to achieve at Deutsche Bank.

Beyond her interest to improve gender balance, Lauri is also part of other networks at the bank to promote diversity, including around culture and LGBT issues. She has recently signed up to be a mentor on Deutsche Bank’s Enrich (Ethnicity, Nationality, Race, Identity, Culture, Heritage) network, which supports cultural diversity and says she is confident that this experience will be a genuine case of reverse mentoring for her.

So what has she set her sights on next? “I’m looking at our risk and control culture,” she says. “I’ve been thinking for the past five years about how you influence the control environment and the risk and control culture of the organisation and how you make it more transparent. How do you use audit findings and get teams to share where things are going well and where they could be done better?”

This area has a fundamental impact on risk and control across the organisation, Lauri points out. “This is my big challenge for this year.”

In the longer term, Lauri says she’s been fortunate that she has constantly had new challenges emerge every couple of years, which has kept her excited about her role in internal audit. However, she adds that, at some point, she would like to experience working in a first or second line of defence role. This aim is about to be met, as she has recently agreed to move into the bank’s chief information office to drive a cross-divisional programme on records management and data footprint rationalisation.

“I’m passionate about what I do and about internal audit and this has kept me engaged for the past 12 years, but I think a stint in the first or second line will be very exciting and will enable me to step back into internal audit as a better leader,” she says. “I’ve never been bored for a single day of my life in internal audit. It’s a fantastic role in which we all have the ability to make a difference. It opens up so many opportunities, but you need to have a plan if you’re going to maximise your impact.”