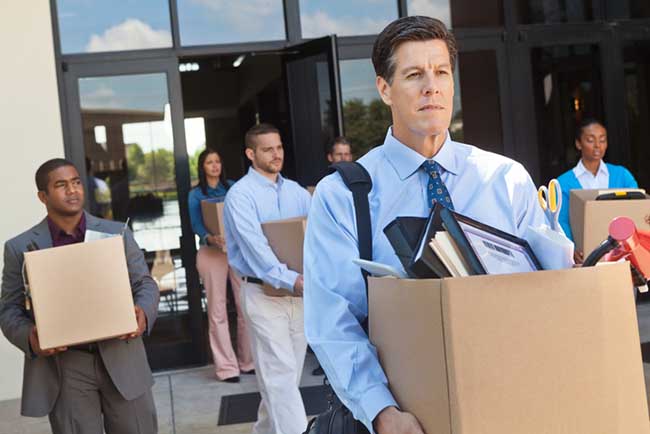 Deutsche Bank, the 15th largest bank in the world, announced this month that it was executing major strategic and operational change by pulling out of the Global Equities market.

The impact on jobs, in the form of mass redundancies, was first announced to the media on a Sunday in the UK, in advance of equity traders being told to clear their desks and leave by 11am the following day. This was a cross-border redundancy situation with job cuts starting in Australia. Pictures of bankers carrying boxes full of their personal possessions appeared in Monday’s UK press – images that had chilling resonance with the images of those leaving Lehman 11 years ago.

The risks posed by such HR issues are legal, operational, reputational and personal.

In terms of legal issues, redundancy is a fair reason for job termination, provided a fair process is followed. The necessary process centres around consultation with affected employees. Where more than 20 redundancies are proposed within a period of 90 days or less, the requirement in the UK is for collective as well as individual consultation. Importantly, however, where the risk of damage to the business (if swift action is not taken) is considered greater than the risk of failing to consult, redundancies can still be used to terminate employment immediately, even if the failure to consult gives rise to, or could give rise to, claims. This means that shutting down an entire division, such as equity trading, can be done swiftly and cleanly – but at a cost.

Such claims in the UK can be settled on an individual basis, using a form of settlement agreement that requires the redundant employee to receive independent legal advice on the terms of the settlement, normally paid for (up to a capped limit) by the employer. These costs are either contractual or prescribed and can, therefore, be accurately calculated. Settlements can be offered up-front to cover the employer’s exposure to claims, including for notice pay, redundancy payments, unfair dismissal and claims for failure to consult either collectively or on an individual basis. Most employees are happy to sign settlement agreements that are set at a level they know would be unlikely to be exceeded if they took their employer to a tribunal.

More complex are the issues involving employees in different parts of the organisation who find that the scope of their job has dramatically reduced as a result of the closure of another part of the business. This means that when assessing risk in the context of mass redundancies in one part of a business, you need to look across to other areas, such as back office, legal, compliance and HR, where posts may also need to go (perhaps over a longer period) as there will be less work to do.

Internal auditors should also be mindful that redundancy encompasses not only jobs that have completely disappeared, but also where the requirement for employees to carry out the work they are doing has lessened, or is likely to diminish, in the foreseeable future.

Operational risks are centred around the anger that can be generated by job loss, especially where it is unexpected. This is exacerbated where the business is unwilling, or unable, to make enhanced redundancy payments. Keeping employees onside and motivated to serve their employer faithfully to the end is very important to minimise risk.  In Deutsche Bank’s case, traders with the opportunity and means to dispose of positions without caring about whether they got the best deal would be in a high-risk category. Careful planning and supervision need to be considered and the employer’s requirement to give a reference in regulated businesses is an important tool for the organisation.

Reputational risk must also be considered. Redundancies have become a part of everyday life since 2008, but if they are handled poorly, without fair consultation, transparent internal messaging  and careful handling of the media, a business can destroy itself by causing key remaining employees to lose confidence and leave, and customers and shareholders to withdraw their support.

The personal impact on redundant employees is often traumatic and can cause anxiety leading to depression and serious illness. HR departments, whose members may also be on the redundancy list, need support at such times. A common way of providing this is to engage external outplacement consultants with a range of specialists to set up on the client’s site so that employees at risk can access their services immediately. Mental health can be damaged by an employee’s inability to cope with the sense of rejection and failure that redundancy can cause and access to counsellors/mentors, as well as the more practical support of head-hunters and recruitment agents, all assist in mitigating risk when planning a large redundancy programme.

Merrill April is a partner at employment and partnership law firm CM Murray.