The JJ Morris Distinguished Service Award recognises members who, over time, have given unusual and outstanding service to the profession by participating in the Institute. The efforts, accomplishments and extraordinary dedication of these individuals have had a major impact on the development of the Chartered IIA and the profession of internal auditing.

The award is made in memory of Joseph (Joe) Morris. Joe was a member of the Institute from 1979 until his death in 1998. President of the Chartered IIA in 1989-90, Joe worked tirelessly and relentlessly to improve the status of internal auditing within government. He was instrumental in the development and launch of the IIA Advanced Diploma.

The award is made by the Council of Directors, usually on an annual basis. Only current IIA members are eligible to receive the award. 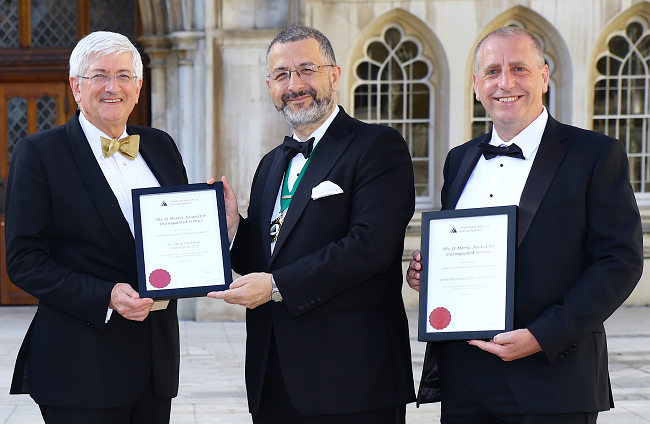