Crisis in the travel sector: Grounded 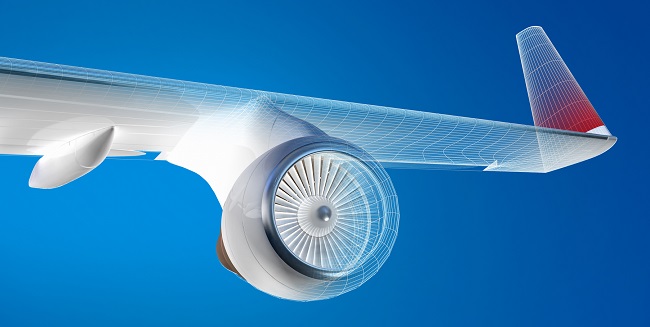 We take global travel for granted. Few locations are now out of relatively easy reach and our family and friends are scattered ever further afield. So, when external events force planes to stay on the ground or countries to close their borders, it sends shock waves across every continent.

There are many risks that can undermine organisations in this notoriously volatile industry. Holiday firm Thomas Cook, which had been in business for 178 years, collapsed last year with debts of £1.7bn. It blamed political unrest in holiday destinations such as Turkey, last summer’s prolonged heatwave, increased competition, rising fuel prices and customer uncertainty over Brexit for its misfortunes. Then, in March, struggling air operator Flybe, was the first to cave in when the fear of coronavirus contagion hit sales.

Airlines began by cutting their flight schedules massively – some, like British Airways, by as much as 75 per cent of capacity, while others, like Scandinavian Airlines (SAS), laid off 90 per cent of their staff. Countries and regions closed their borders in a way unprecedented in peacetime, while governments around the world told whole populations to stay at home. Bookings for cruise liners plummeted, after many people were put in unsuccessful quarantine for weeks on end and countries refused to allow passengers to disembark. Hotel chains suffered as companies and families cancelled events and holidays. Tourist attractions and cultural events closed around the world as governments banned people from visiting.

One senior internal auditor in the hotel industry said that work, at the moment, was “sheer hell”.

The Covid-19 pandemic is likely to cause many more travel sector casualties before it comes to an end. In March, the OECD’s Interim Economic Outlook described coronavirus as the greatest danger to the global economy since the 2008 financial crash. A week or two later, comparisons were going back to the Great Depression of the 1930s. Governments promised massive financial packages to ease the pain, but the success of these will not be known for months. For many, bare survival is uncertain.

In February, the Financial Reporting Council (FRC) published guidance for all companies on disclosure of risks and other reporting consequences arising from the emergence and spread of Covid-19. The FRC advised companies to consider carefully what disclosures they might need to include in their year-end accounts. Where mitigating actions could be taken, it said that these should also be reported alongside the description of the risk itself, and that these will need to be updated as the scale of the impact – and the company’s response – develop. Further announcements since then have reiterated the importance of high quality audit work, while also accepting inevitable delays to external audits.

Unfortunately for the travel sector, the coronavirus arrived in the UK just when many people were planning their holidays for the year ahead. With the expansion and the duration of the pandemic so uncertain, plus fears for jobs in many sectors, even plans for late in the year collapsed.

As many in the industry struggle to stay afloat, Mark Halstead, partner at financial risk and business intelligence firm Red Flag Alert, recommends the following steps. First, companies should do everything they can to shore up their balance sheet – from considering cancelling dividends, deferring investments or even selling assets to keep as much capital in the business as possible.

Second, they should look to improve working capital – for example, travel agents should be tying up less cash in reserving hotel rooms. Additionally, cash should be secured as early as possible in the sales process.

Third, organisations “should pay careful attention to the financial health of key suppliers and corporate clients. Companies in the travel sector are likely to fail, including cruise operators, hotels, airlines and other businesses. Monitor financial health so you can see failure coming and make contingency plans.”

Jonathan Moss, head of transport at law firm DWF, agrees that the crisis will test the preparedness of all organisations in the travel sector to cope with financial and operational shocks. It will also demonstrate, once again, the value of robust and well-formed business continuity plans.

“Coronavirus has proved to be an enemy of international travel,” he says. “If significant events take place, which are outside of a business’s review cycle, this should trigger a business continuity review to ensure changes are adequately incorporated into a business’s plan, and that continuity plans remain fit for purpose.”

But, even in these dark days, businesses should not forget also to think about whether there are any potential “upsides” to the disruption. It is also worth separating out problems caused by long-term challenges to the sector, such as evolving customer demands, climate change and the environmental impact of tourism, and the consequences of the coronavirus, which may be disastrous, but which, we hope, will be relatively short-term. Firms and venues that survive this crisis could emerge stronger – and may well enjoy some kind of “bounce” as people reward themselves with the holidays they’ve missed and visit far-flung relatives they’ve not seen for months.

Moss points to three crucial ways for the travel industry to mitigate the impact of the external risks they are currently facing: business continuity planning; disaster recovery planning; and serious incident planning. Plans should take into account event-monitoring in different locations, identifying key suppliers and the knock-on effects to the whole business.

Past bad experiences may, ironically, prove to be an important positive factor, since many in this sector have learned lessons from adapting to previous significant events.

This is one reason why, at Heathrow Airport, crises, however unexpected, are no surprise, says Carol Hui, chief of staff and general counsel at the airport. She explains that her organisation is used to reacting quickly to changing circumstances, and says the airport is always ready to place itself on a crisis footing.

“Heathrow Airport treats robust crisis management strategies as vital, since we are part of the UK’s critical national infrastructure. The safety and security of our passengers and our colleagues are top priorities for us,” she says. “As such, we have a systematic way of dealing with crises and challenges. These include having clear objectives, sound processes and policies, contingency planning, stakeholder engagement
and frequent training and drills. We distil lessons from each event in order to make continual improvements to the way we operate.”

When things go wrong in the travel sector, they often leave unhappy, stressed people stranded a long way from home. This is another problem for organisations that may need to refund disappointed and angry customers, find alternative arrangements for them, feed and accommodate them in airport lounges or on station concourses, or even repatriate them at short notice.

In March, planes flying from the UK to Spain had to turn around mid-flight and return home because Spain suddenly closed its borders. Illnesses are not the only threat. Strikes, civil unrest and international politics can also put travel schedules at risk and necessitate sudden changes to plan. Failure to respond quickly and to communicate constructively and sympathetically can lead to huge reputational fall-out as people turn to Twitter to vent their ire.

And when things go very wrong, they can also go legal, so all travel sector organisations should know the details of the contracts they have with customers and suppliers and ensure they understand the extent of their obligations and of what is owed to them.

“If suppliers cannot meet their obligations, the key question is whether any failure to perform contractual obligations as a result of an exogenous event leads to a breach of contract, or whether such liabilities may be exempt under the principal of Force Majeure. If contracts include relevant provisions on Force Majeure, these clauses must be scrutinised to prevent disputes over alleged repudiatory breaches of contract and allegations that contracting parties are exploiting exogenous events to exit from unprofitable agreements,” Moss says.

Lloyd Figgins, chair of The Travel Risk & Incident Prevention (TRIP) Group, a risk management association for the travel industry, warns that it is tempting, but dangerous, to focus on the coronavirus crisis to the extent that we neglect other significant risks facing the sector that have become increasingly common and are likely to remain serious issues in the long term. Natural disasters, from volcanic eruptions to earthquakes and tsunamis, and an increase in extreme weather events, including floods and hurricanes, are also important risks. The perennial threat of terrorism and political unrest also cannot be discounted – even in countries that are regarded as among the safest.

Meanwhile, public concerns about climate change and sustainability mean that more customers want to travel environmentally responsibly. This is leading to increased scrutiny of airlines’ and cruise companies’ green credentials and reporting. Deloitte’s “Travel Weekly Insight Report 2019-2020” identified a six-point rise in concern about the environmental impact
of flying and the value of carbon offsetting.

Similarly, Cruise Lines International Association (CLIA), the world’s largest cruise industry trade association, said that for 2020 environmental sustainability is central to responsible tourism. Its members have invested over US$22bn in energy-efficient vessels and technology to achieve its goal of reducing the rate of carbon emissions by 40 per cent by 2030.

Before the Covid-19 outbreak, one of the biggest concerns facing the UK’s travel industry was the impact of Brexit – in particular, how prohibiting the freedom of movement of EU citizens would affect staffing levels in a sector that relies heavily on seasonal and low-wage workers.

Recent research by industry body the Association of British Travel Agents (ABTA) shows that 13 per cent of the travel and tourism industry workforce is made up of non-UK workers, with nine per cent of all travel and tourism workers coming from EU countries. ABTA has warned that businesses will face serious difficulties retaining and recruiting staff in the absence of any temporary entry route for so-called “low-skilled” workers. It estimates that there could be a shortfall of 15,000 staff nationwide if the UK cannot agree a deal on temporary workers by the end of the year.

While this may seem a strange thing to consider when so many people are losing travel sector jobs (and Brexit looks likely to be delayed), things could bounce back rapidly when the lockdown ends and finding staff from a very low starting point could prove difficult. It won’t help to survive the pandemic crisis, only to find that your organisation cannot fulfil new bookings when they start to come back in.

Figgins says that the “horrific” start of 2020 should prompt companies to review how robust, flexible and adaptable their risk management frameworks are, as well as to make sure that they address the extent of the crisis quickly and communicate it properly.

“When disaster strikes, a barrage of conflicting information often comes with it,” says Figgins. “Companies in the travel sector need to address concerns head on by succinctly detailing the facts and the risks; highlighting the precautions and measures they have taken to reduce these risks; and showing how quickly the company can react if the crisis worsens.”

“The travel industry is facing a tough time and there is no doubt that some companies will go under. However, those companies that have good risk management processes, as well as a healthy balance sheet, will be in a much better position to survive,” he says.

This article was first published in May 2020.