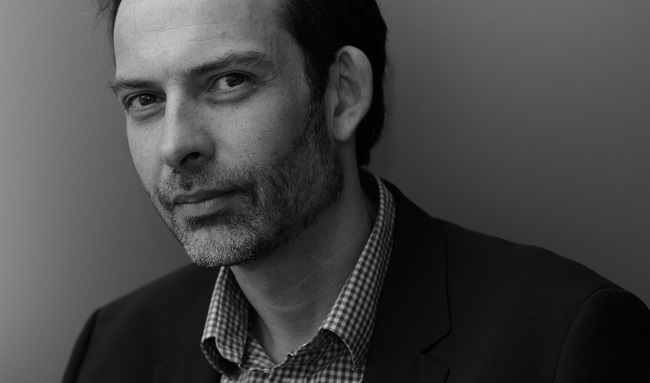 Why would people put their own personal safety on the line in order to find and reveal the truth? This is a question that could be asked of Stephen Grey, an award-winning investigative journalist, former editor of the Sunday Times Insight team and BBC broadcaster. It could also be asked of the people he needs to reveal the trails left by wrongdoers and to explain what goes on in the murkier echelons of business and global politics. The answers, it turns out, are directly relevant to internal auditors, who also require the support of people who witness rule-breaking. They demonstrate the encouraging truth that you will always find someone willing to speak out if you look hard enough.

“There are many parallels in our roles,” Grey says. “The first of these is that we are not detectives and we don’t have unlimited powers to force people to reveal things to us. Internal auditors have more rights to access information than we do, but they are part of the corporate ecosystem, so have to win people’s confidence, choose what they think is important and worth targeting and know how to make people work with them voluntarily, just like us.”

If you are relying on someone to point you in the direction of potential wrongdoing and tell you “secrets” then you need to get the message across clearly that what you are doing is good for everybody in the long term, he explains. When it’s a question of revealing weaknesses or failures in an organisation, this can mean pointing out that it’s usually better to acknowledge the problem as soon as it’s spotted than to cover it up and risk it emerging in an uncontrolled way later.

“It’s important to start with the attitude that nothing is impossible. Secrets that cover up wrongdoing can always be obtained because all schemes have weak points and someone who does not think the same way will know something about it. You just need to identify those people and win their trust,” he says.

Initially, the important element is the tip-off. Once someone alerts you to an anomaly or questionable transaction, the key is to be innovative about where to look for more evidence, he adds. For example, when he was working to uncover the CIA’s extraordinary rendition flights (when US agents flew suspected terrorists to foreign prisons where they could be tortured), he found it was possible to identify the planes and track the flights using information that was already in the public domain. The key was to work out what they needed to look for.

“There are always people in any organisation who will talk to you and will blow the whistle. You need to demonstrate to them that your motives are good and reassure them that you will deal with anything they tell you straightforwardly and accurately and that you do not have a personal agenda against the organisation or individual,” Grey says. “In the case of the CIA, I wasn’t against the work of the CIA per se, I just wanted to put right something that was going wrong.”

Let me entertain you

Trust is essential, but a less obvious tip is that it pays to be entertaining company. Good social skills are a must if you want people to talk to you and to be your friend – and this is just as true when you are investigating nefarious deeds as when you are at a party. “If you ask endless boring questions about work, no one ever wants to talk to you,” Grey says. “You need them to like talking to you.”

It’s also important not to be confrontational or to imply that you are looking for a criminal when you don’t yet know the full facts. In the early stages of an investigation, when he is still looking for contacts who might be able to help, Grey often doesn’t even know whether there is any wrongdoing going on. All he might know is that there is an anomaly, data that doesn’t look right or figures that don’t seem to add up.

This kind of personal contact is hard to achieve over emails and apps, he adds. It’s only by meeting people face to face, preferably in their own environment, that you can develop a rapport and your own “gut feeling” about what’s going on. For example, you can see if they seem to be avoiding an issue or are uncomfortable answering some questions.

Data and technology are, of course, also crucial tools. “When we were investigating President Putin’s money and where Russian money was being invested we ended up with a laptop that contained details of every financial transaction at two Moscow banks. We could see money laundering going on in front of us,” Grey says. “But the initial tip-off came from meeting an internal source and we also needed to go back to contacts afterwards to make sense of what we were seeing – you need to find a disinterested party who will explain what parts of the
data to follow and what it’s showing you without having a personal axe to grind.”

Some investigations do not end up with clear evidence of a crime and some take years to reach any kind of conclusion, and this can be frustrating, Grey admits. “We’ve uncovered lots of things about Donald Trump’s business activities and where his funding comes from, but nothing has really come of it yet. However, we sometimes see results years after our initial enquiries,” he says.

In the meantime, investigators can be intimidated and threatened by those whose dealings they are questioning. “When I was looking into deals between executives in Greek banks we were sued for €50m, and when that failed I was personally prosecuted,” Grey says. “We also had a private security team following us around Athens and taking pictures of us talking to people. Fortunately, we had a better security team and they ended up taking pictures of the people following us. It was all about putting pressure on us and on our sources and we had to go to huge efforts to protect contacts. It seemed for ages that they were getting away with it and then five years later the CEO of one of the banks was charged with fraud.”

Intimidation and direct violence are not the only weapons used to get rid of annoying investigators. They also need to beware of attempts to discredit them by implicating them in dodgy dealings or by accepting lavish hospitality. “This is why it’s so important that journalists and other investigators have someone they can go to for help and support when they need it,” Grey says.

Given the immense personal risks involved in searching for wrongdoing and in revealing it to those investigating, why would anyone do it? Why not keep your head below the parapet? “We do it partly because we are infected with curiosity,” Grey admits. “We’re all fascinated by the ‘dark space’ and the things that go on that nobody knows about. We are the detectives of last resort and it’s exciting to be able to ask any question and not to be the tool of any publicity machine or government.”

However, he and his colleagues also feel strongly that asking these questions and calling out wrongdoing, of any kind, is a force for good that creates positive change in the future. This is a key message for auditors, who sometimes need people in organisations to blow a whistle or to approach them with concerns that may seem easier to ignore.

“When the truth comes out, positive things happen,” Grey insists. “This is our motivation and that’s why people take risks to bring out the truth. It’s the great adventure.”