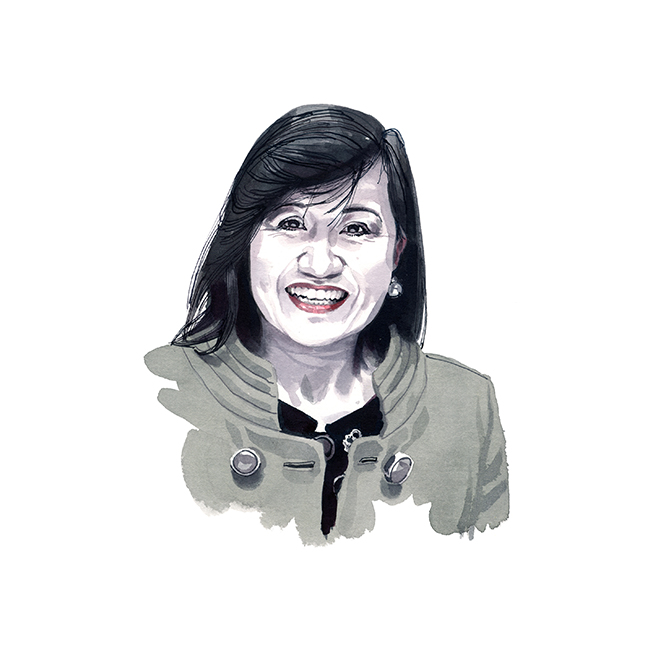 Heathrow is Britain’s busiest and only international hub airport and has a vast array of risks that need managing and mitigating. To give an idea of the scale and complexity of the operation, we deal with half a million flights each year – a flight takes off every 45 seconds – and we provide around three-quarters of the country’s long-haul connectivity, so whether you’re off to Brazil, China or India, you are likely to fly from Heathrow.

It is also the UK’s most important port by value – almost 40 per cent of exports to non-EU destinations are delivered via Heathrow, including time-critical goods such as pharmaceuticals, emergency supplies and other high-value items. Our biggest export by tonnage is Scottish salmon, which will be served in restaurants around the world.

Heathrow is the largest single-site employer in the UK – 76,000 people are employed on-site. As well as those who work in the terminals, there are staff who work for National  Air  Traffic Control (NATs), our dedicated fire service and for the Heathrow Express that shuttles passengers to and from London's Paddington Station.  And we are a major retailer, selling five bottles of perfume  every minute.  Terminal 5 is the largest free-standing structure in the UK, covering an area of 50 football pitches.

So what strategic risks do we face?  The main risk for the aviation industry is safety and security – looking after the welfare of 80 million passengers must be our raison d'être. But we also grapple with risks such as political uncertainty and climate change, particularly because of our plans for a third runway.

This expansion is vital. Heathrow has been at 99 per cent capacity since the 1990s and London and the South East haven't had a new full-length runway since 1945. Meanwhile, the independent Airports Commission found that a third runway could deliver tens of thousands of new jobs across the country as well as billions of pounds of GDP growth.

However, there are significant hurdles and associated risks, many of which our internal auditors are auditing. Challenges include ensuring that we deal with the communities and businesses that are affected in a fair and sensitive way.  We have to manage the construction, design and technical engineering risks that are usual in a project of this size, and deal with legal challenges such as the recent judicial reviews, which are now under appeal.  There is a rigorous legal process associated with a Development Consent Order for a Nationally Significant Infrastructure Project, including the statutory public consultation, launched in June. We hope the project will receive formal consent by 2021 and that the first flight will take off from the new runway in 2026.

One way to manage and mitigate these risks is to learn from other projects. We have identified five fundamentals: the right leadership, culture and behaviour; transparent project risks; a strong commercial strategy; effective risk management; and robust governance and assurance.

The biggest risk to the expansion has been political uncertainty, which is largely outside our control. Previous plans for a new runway were cancelled in 2010, when airport expansion was a politically toxic issue. The political situation was exacerbated when the airport was paralysed by a severe snowstorm in late 2010, causing flights to be cancelled for days and damaging our reputation.

After the crisis we had to rebuild our credibility and show we had learnt lessons. This process was fundamental to making our case for expansion from a position of new strength.   We made significant improvements to the design and location of the runway. Last year, Parliament voted by an overwhelming majority of 296 votes to endorse Heathrow expansion. But, despite parliamentary endorsement, political uncertainty remains on our risk register and we monitor it constantly.

Another strategic risk is climate change. As well as making the economic case for expansion, we must demonstrate that it can be delivered sustainably and that we take our environmental responsibilities seriously.  That is why we welcomed the government's recent announcement committing to net zero emissions by 2050. Heathrow is working hard to become a zero-carbon airport and we will continue to use our position as one of the world’s top aviation hubs to accelerate action by the industry.  Plans include supporting development of sustainable fuels and the electrification of short-haul flights and introducing an ultra-low emissions charge to reduce car journeys to and from the airport.

Doing this protects the assets, reputation and sustainability of Heathrow and supports the UK’s economy, while ensuring we operate in an environmentally sustainable way.

Carol Hui is chief of staff and general counsel for Heathrow Airport Holdings and was the speaker at the Chartered IIA's Leaders’ Forum dinner in June.

This article was published in September 2019.