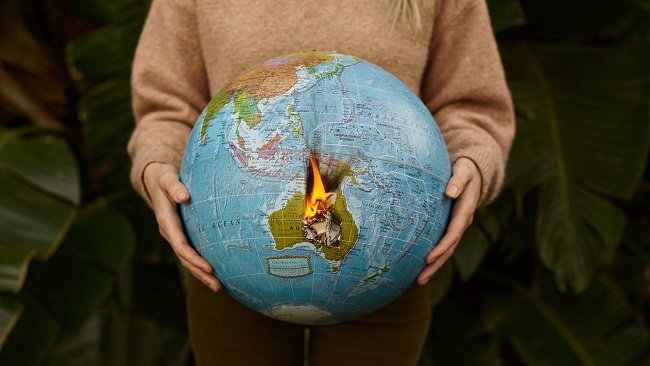 Internal auditors will have read the headline message “it is unequivocal that human influence has warmed the atmosphere, ocean and land. Widespread and rapid changes in the atmosphere, ocean, cryosphere and biosphere have occurred.” As delivered by the Intergovernmental Panel on Climate Change (IPCC) in their August 2021 report.

Our guest blog post by Kevin Gould, consultant and non-executive director, addresses this.

“Net zero” commitments offer organisations an opportunity to showcase green credentials, to develop more efficient practices and pursue new markets. But there are also risks, primarily reputational, in making commitments which are considered “greenwashing” or not making progress towards the committed target. With no established assurance framework around these commitments, internal audit is well-placed to ensure risks are understood and managed to ensure the opportunities are realised.

A recent (March 2021) study by the Energy & Climate Intelligence Unit and Oxford Net Zero estimated that 417 of the world’s largest 2000 companies have made net zero commitments. Unfortunately it does not give a breakdown by country – although it is consistent with a report that 30 of the FTSE100 had signed up to the UN’s Race to Zero campaign by March 2021. This seems low, but more are making commitments all the time. And it isn’t just large companies – smaller businesses, charities, public sector entities and a whole range of other organisations are making some sort of commitment. But what do these commitments mean? One challenge is the lack of consistent definitions of terms such as “net zero” or “carbon neutral”.

While there’s no universally definition at an organisational level, at a global level this means putting no more greenhouse gases (GHGs) in the atmosphere than we take out. It follows, therefore, that organisations’ commitments need to contribute towards that goal. But with inherently different impacts from different industries and activities, complexities within value chains across borders, different impacts from different GHGs, and challenges in getting meaningful data, this is far from straightforward.

Consensus is growing that net zero means setting targets which align to 2015 Paris Agreement and the aim to limit warming to 1.5C above pre-industrial levels. There is momentum to set science-based targets (see Ambitious corporate climate action – Science Based Targets), which add credibility to the commitments, although this is probably beyond the capacity of many smaller organisations.

The Greenhouse Gas Protocol offers the most widely accepted basis to approach net zero management and measurement, and many other initiatives link to this. There are several key aspects of any commitment. The GHG standards offers an insight into them all along with detailed considerations of how to identify, measure, track and report over time (see ghg-protocol-revised.pdf (ghgprotocol.org).

Almost all net zero commitments involve some sort of offsetting arrangements as an organisation is unlikely to be able to reduce its own emissions to zero. This may be through carbon trading schemes, investing in projects which reduce emissions or activities such as tree-planting. Offsetting is controversial – it can be seen as an easy way for organisations to appear to be doing something without changing their core activities, in other words “greenwashing”.  To help manage the associated reputational risk, offsetting should generally be used to mitigate the emissions which genuinely cannot be eliminated, it should reduce over time, and it should be separately reported. (See What is carbon offsetting? | World Economic Forum (weforum.org).)

There are numerous explanations as to the difference between net zero and carbon neutral – some say there is no difference, others that it relates to the use of offsets, the scopes of emissions, or even the GHGs involved. For the purposes of this article, it really doesn’t matter; the key message is that the commitment needs to be clear.

What are the risks?

The overriding risk is reputational: making commitments which are considered “greenwashing” or not making progress towards the committed target. There is overlap with my recent post on ESG reporting. Let’s break this down to a more operational level:

Risks around the commitment

What can internal audit do?

You will need to understand the target and the detail of the commitment supporting it. The focus can be on the setting of the target, on the delivery and reporting, or both.

The UN’s Race to Zero Race To Zero Campaign | UNFCCC campaign defines 4 “meta-criteria”: Pledge, Plan, Proceed, Publish. While most organisations have not formally signed-up to Race to Zero, these provide a useful framework with some helpful guidance.

Some questions to get you started:

Often limited or no external assurance is in place. Internal audit has a real opportunity to provide assurance about both the target-setting, and the processes to manage and report on progress towards meeting those targets. Early involvement is key; once commitments are made by an organisation, they are difficult to unmake if they can’t be delivered!

The original can be viewed here on Kevin's blog.