Highlights include: Madina Bazarova, Associate Director, at The Consultative Group for International Agricultural Research, on auditing development projects; a round-up of the Chartered IIA's annual conference; setting up an audit function from scratch; what United Utilities learned from its external quality assessment; and the close ties between HIAs and company secretaries. 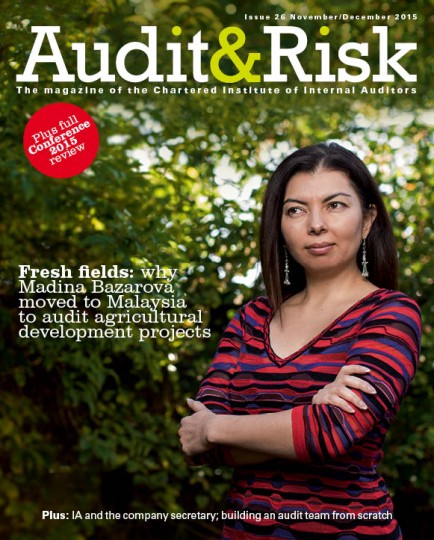 Highlights include: full supplement on the winners of the 2015 IIA Audit & Risk Awards; IIA annual overview; Institute of Business Ethics advocates role of internal audit in checking culture; plus IA and the Libor scandal. 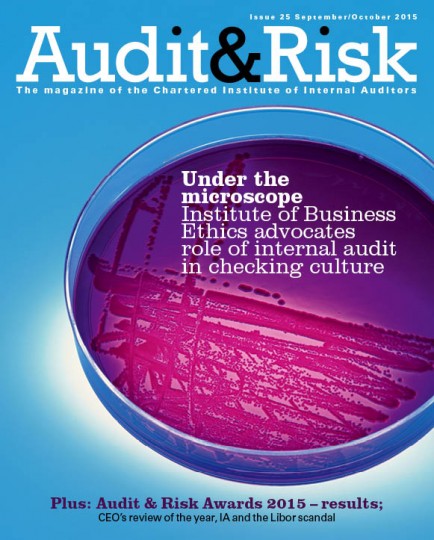 Highlights include: Phil Gerrard, Head of Internal Audit at Rolls-Royce on the importance of an internal audit philosophy; a comparison of different internal audit models; what you could gain from volunteering as a non-executive director at a charity; lessons in improving audit follow-up actions from the Civil Aviation Authority; what Mid-Kent Audit gained from an external quality assessment; and a preview of the IIA annual conference.

Highlights include: everything you need to know about convergence with the IIA Global qualifications; how the UK audits the electoral process; top tips on integrated reporting; and the ways companies can benefit from stress testing against potential disasters.

Highlights include: how to ensure that your company recruits the brightest and best employees; why internal auditors may benefit from chairing an audit committee; the value of risk-based internal auditing and a case study of a bank that went through an IIA external quality assessment. 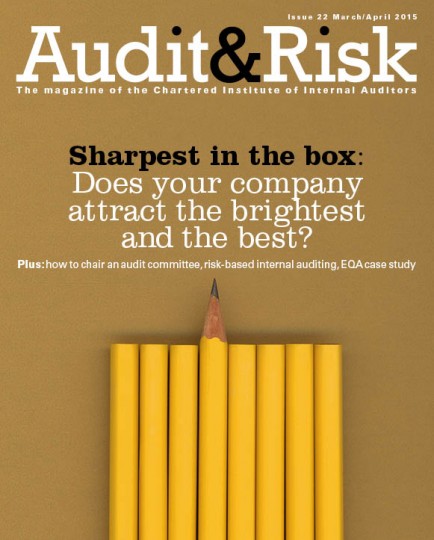 Highlights include: new whistleblowing regulation in Ireland; the complexities of competition law and how it is enforced; meet the new IIA president; plus the new Audit and Risk awards – and how to enter them. 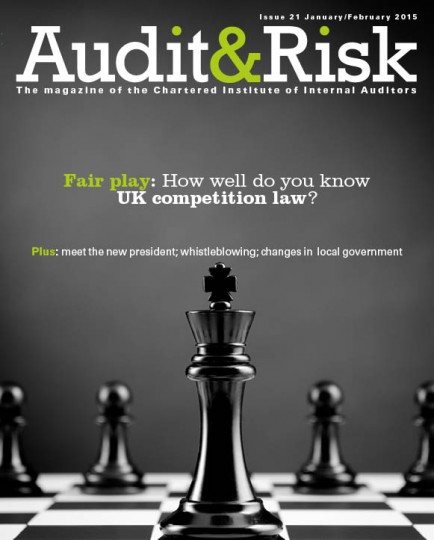