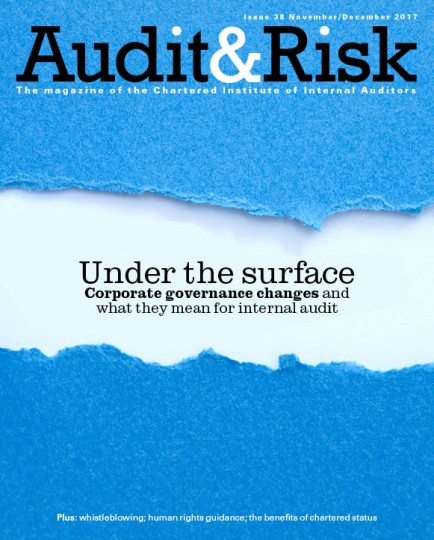 Highlights include: European editor Katya Adler on why internal auditors should pay attention to the Brexit negotiations; update on the Modern Slavery Act – what are companies doing so far; revisions to the Chartered IIA's financial services code; auditing for disability and diversity; Karen Bassett, chief internal auditor of Leeds Building Society on setting up an internal audit group for mutuals and on winning an Audit & Risk Award; plus the institute's annual progress report. 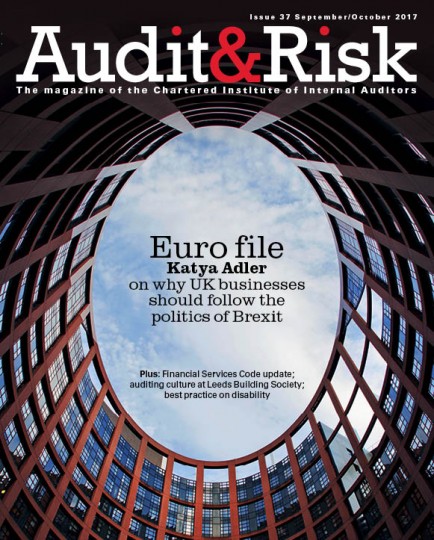 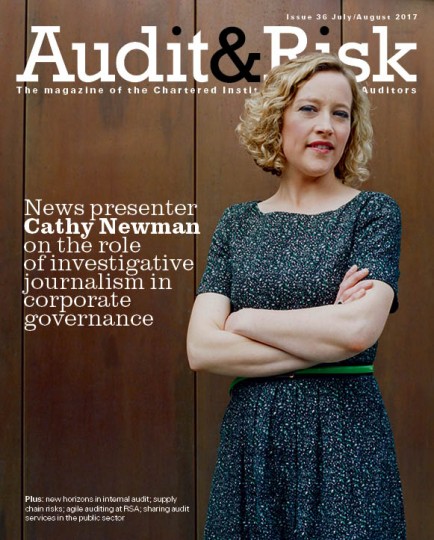 Highlights include: Vince Cable on global economic uncertainty, Brexit and a US-China trade war; how to deal with geopolitical risk; the promises – and the threats – of data analytics; what the European Stability Mechanism gained from an external quality assessment; top tips for boosting organisational resilience; and the launch of the Audit & Risk awards 2017. 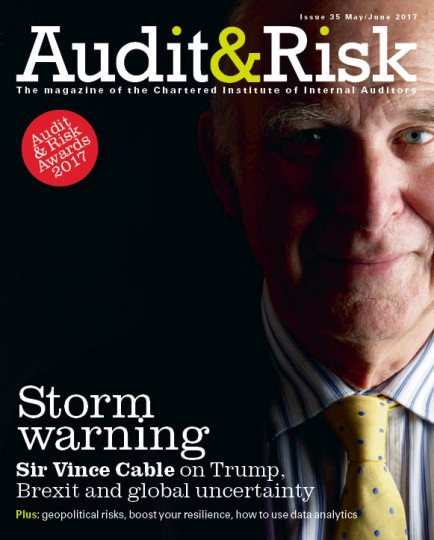 Highlights include: an overview of current developments in cybersecurity; the value of acquiring full chartered status, why Coca-Cola Hellenic Bottling Company won one A&R award and was commended for another; and what you need to know if the Serious Fraud Office comes knocking on your door. 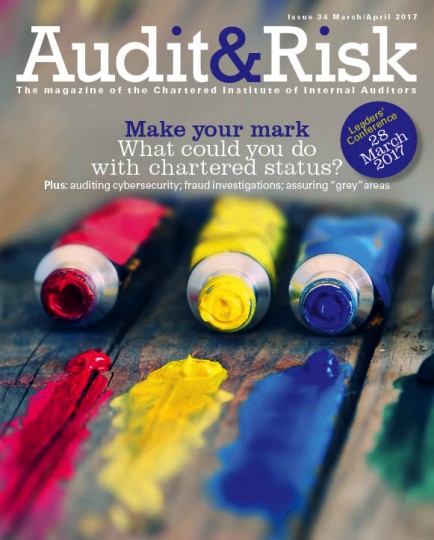 Highlights include: an interview with Chit Ghee Yeoh, Head of Internal Audit at Metro Bank; how Suffolk County Council ditched traditional audit planning for a rolling system that can respond quickly to a developing risk and won them an Audit & Risk award for best public sector team along the way; advice on how to ensure that you are as rigorously scrutinising your own team's performance as that of the rest of the organisation; and the difference between culture and risk culture. 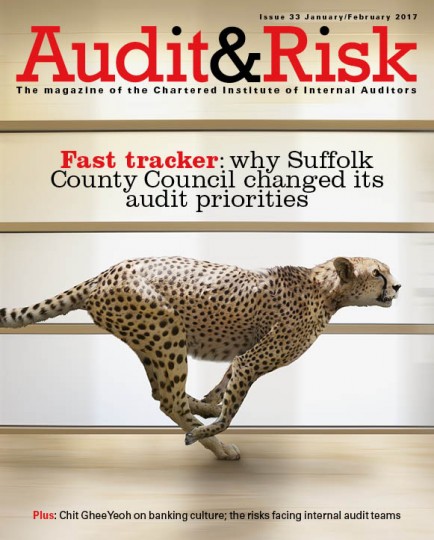